Spluttering Into Action; A Late Start to the Blogging Year

I had big plans for 2012; I was going to spend at least 50% of my time working in the field (especially on plein air landscapes) whilst also writing the majority of my new book which has been fermenting for three years now. Hmmm – the best laid plans and all that . . .


Instead I committed myself to three major exhibitions and far more illustration work than I usually take on which leaves me, almost a quarter of the year passed, with a couple of colour pieces from the field, four interpretation panels completed and a handful of ‘finished’ paintings prepared in readiness for the first of my exhibitions. 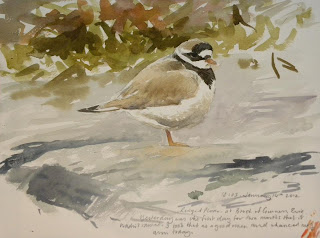 Ringed Plover at the Broch of Gurness; Fieldstudy 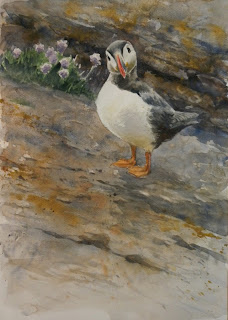 I will be showing 20 new paintings at the Audubon Society’s‘Project Puffin’ seabird centre, Maine, US from June til October 2012. Preparing the first few pieces has given me the opportunity to trawl a few of my recent sketchbooks (including work completed on my Swona trip last year). No doubt that seaducks will also feature strongly in the show and this painting of loafing eiders represents a re-visiting of a piece which I completed last year. 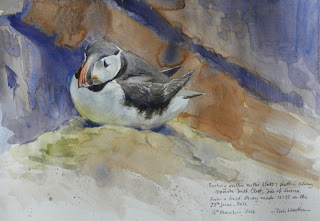 "On The Edge"; Puffin on Swona, Studio Piece 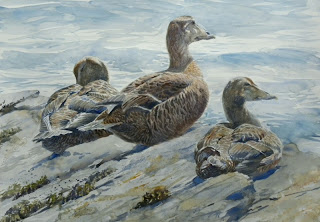